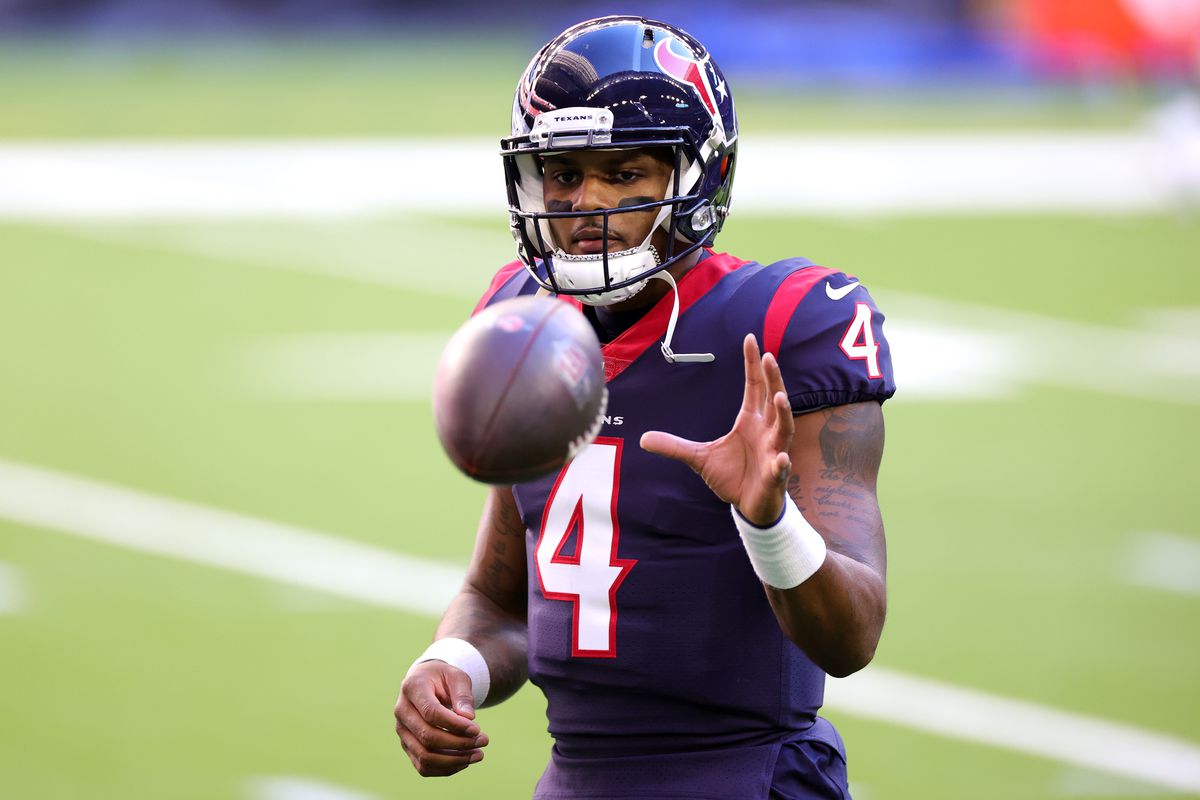 The recommended suspension of Deshaun Watson has been handed down. Judge Sue L. Robinson, the independent arbiter appointed by both the NFLPA and NFL to hear the case, has said that Watson should be suspended for six games.

Prior to Robinson's announced ruling, the NFLPA fired a preemptive strike at the league, saying;

"Every player, owner, business partner, and stakeholder deserves to know that our process is legitimate and will not be tarnished based on the whims of the league office. This is why, regardless of [Judge Robinson's] decision, Deshaun and the NFLPA will stand by her ruling and we call on the NFL to do the same."

The "whims of the league office" refers to the possibility that the NFL appeals Robinson's recommendation, in which case either commissioner Roger Goodell or another NFL official will examine the arguments provided and issue their own final ruling regarding the suspension.

Far from being a whim, this is actually what the NFLPA agreed to in the most recent CBA. It's a new process that takes the initial finding away from the league office but doesn't strip them of the final say.

So while at the moment Watson and the Browns are looking at a six-game suspension - the exact same length of suspension given to DeAndre Hopkins for a PED he says was accidentally ingested - the suspension could grow.

The NFL was very open about pushing for an indefinite suspension that required a petition by Watson a year from now for reinstatement. Instead, he gets one-third of the season, no fine, and lost salary of just over $300,000 - thanks to the way the Browns structured his contract. His $44.9 million signing bonus can't be touched.

One of the chief reasons the NFL pushed for a longer suspension, and is still likely to issue one, is the comparison between other players. According to the CBA, a single incident of sexual misconduct carries a six-game suspension. The fact that Watson's case involves considerably more than one incident makes the ruling problematic.

There are also the current suspensions on the books, like the aforementioned Hopkins and his six-game suspension and the Calvin Ridley year-long suspension for wagering $1,500 on NFL parlays.

These are different types of offensives governed by different rules. The personal conduct policy is different from the PED and gambling policies. But in the minds of the fans, and in the continued perception that the league is soft on personal conduct that involves women, that doesn't matter.

The NFLPA will tell you that the differences matter since one is about conduct off the field and the other two directly relate to the integrity of the game. But for the Cleveland Browns fan looking to buy a new jersey for the upcoming season, it all feels the same.

There is a football element to all of this involving the Browns and backup quarterback Jacoy Brissett, who we know will have to start some games for Cleveland this season.

It's possible the recommended suspension holds, and Brissett only starts the first six games of the season - vs. the Panthers, Jets, Steelers, Falcons, Chargers, and Patriots. That's a fairly easy stretch of games, and it would allow Watson to begin his season in Week 7 against the Ravens, Bengals, Dolphins, Bills, and Bucs - easily the toughest part of the Browns' schedule.

It's worth remembering that Watson hasn't played in a game since January 3, 2021. Cleveland's Week 7 game at Baltimore is 659 days later - a near 22-month absence from football.

The assumption being made on Monday after the ruling was that the Browns would still have plenty of time in the 2022 season to win games and possibly make the playoffs. But that is assuming facts not in evidence, such as Watson being able to step in and be the same quarterback he was in 2020.

And let's not forget the way Ravens fans responded to Ben Roethlisberger in 2010 following his own six-game suspension. Chances are 100 percent that they will not be kind to Watson if he plays.