Ranking the Winless Teams After Week 2 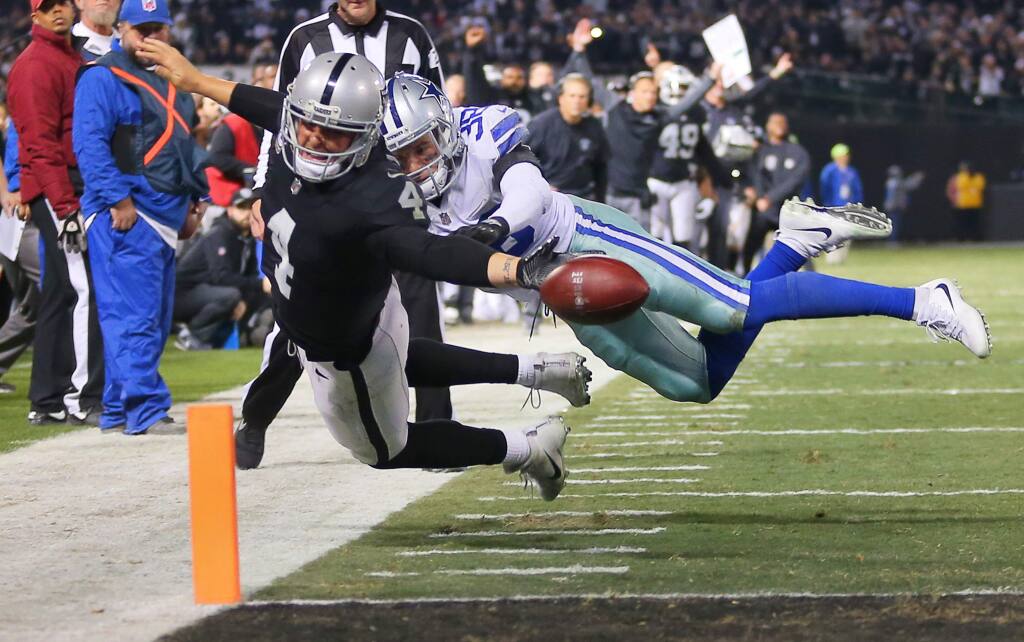 It's never good to be 0-2. Of the seven teams that started the season last year, 0-2, not one made the playoffs.

It's really bad to go 0-3, with only six teams making the playoffs beginning the season with three straight losses. But not all winless teams are made the same, and not all seasons are quite so in peril because of their opening win-loss record.

The Raiders already have a loss in the division, and they still have a really challenging schedule, with two games with the Chiefs and the Saints, Rams, and 49ers on the schedule. But there are many reasons for optimism.

First is that the Raiders played tough against a very good Chargers team, and should have beaten the Cardinals. They dominated most of the game, only to lose in the end because a couple of plays went against them.

Also, the weakest part of the Raiders, their offensive line, has been better than expected. And while the defense is definitely a struggle right now, Maxx Crosby is a bonafide star who can take over games. Winning the division may be only a dream at this point, but the Raiders are still a good team.

Unlike the Raiders, who are getting better offensive line play than expected, the Bengals are getting much worse play than was advertised when they spent the offseason making the "upgrade." But it has not been an upgrade in the slightest, with the running game stuck in neutral and Joe Burrow spending much of his time sitting on his backside.

Burrow has to take responsibility for some of those sacks. Right now, he seems stuck on finding Ja'Marr Chase to make the big play and holding onto the ball too late in the hopes he can make it happen. And a lot of the responsibility is on the offensive play-calling. Cincinnati has become very predictable in running certain plays from certain formations, and they are in deep trouble if they don't fix that.

Like the Raiders, the Bengals have a tough division to navigate, and they have games with the Chiefs, Dolphins, Buccaneers, and Bills.

The Titans fall below the Raiders and Bengals because they are in much worse shape than either of those teams, but they stay ahead of the Panthers and Falcons because of Derrick Henry. But another week or two like the last two, and even King Henry won't save them.

Henry has rushed for a total of two first downs in two games. Two. And against the Bills, he averaged 1.9 yards per carrying on his way to 25 yards.

Teams are expected to get smacked around by the Bills, but the Titans were the No. 1 seed in the playoffs last year. They should be better than what they showed. Or at least judging them on their past, they should be better. It's probably time to judge them on the present as nothing more than a mediocre team with few weapons on the outside, a quarterback who doesn't elevate the players around him, and a running back who is showing signs of wear and tear.

It would be a (not so) minor miracle if the Titans made the playoffs.

The Falcons get the nod over the Panthers because at least Atlanta is fun, and overall they are playing above expectations. They should have beaten a very good Saints team, only to lose the game in the end. But they moved the ball against a good defense.

The following week against the Rams, they showed heart, making a game of it in the final minutes, and getting Drake London his first NFL touchdown. The Falcons are not good, but they were never thought to be good, so it feels okay.

Expectations are raised when you have Christian McCaffrey, Robbie Anderson, and DJ Moore, and you bring in a quarterback who has won in the playoffs before. And when the first two opposing quarterbacks on the schedule are Jacoby Brissett and Daniel Jones. That's a perfect way to start.

The Carolina Panthers should not, under any circumstances, be 0-2.

This is as healthy as the Panthers are going to be, and they look like they have absolutely no juice. What's going to happen when McCaffrey gets hurt?

The Panthers' season is a hot mess, and head coach Matt Rhule won't last until the end.