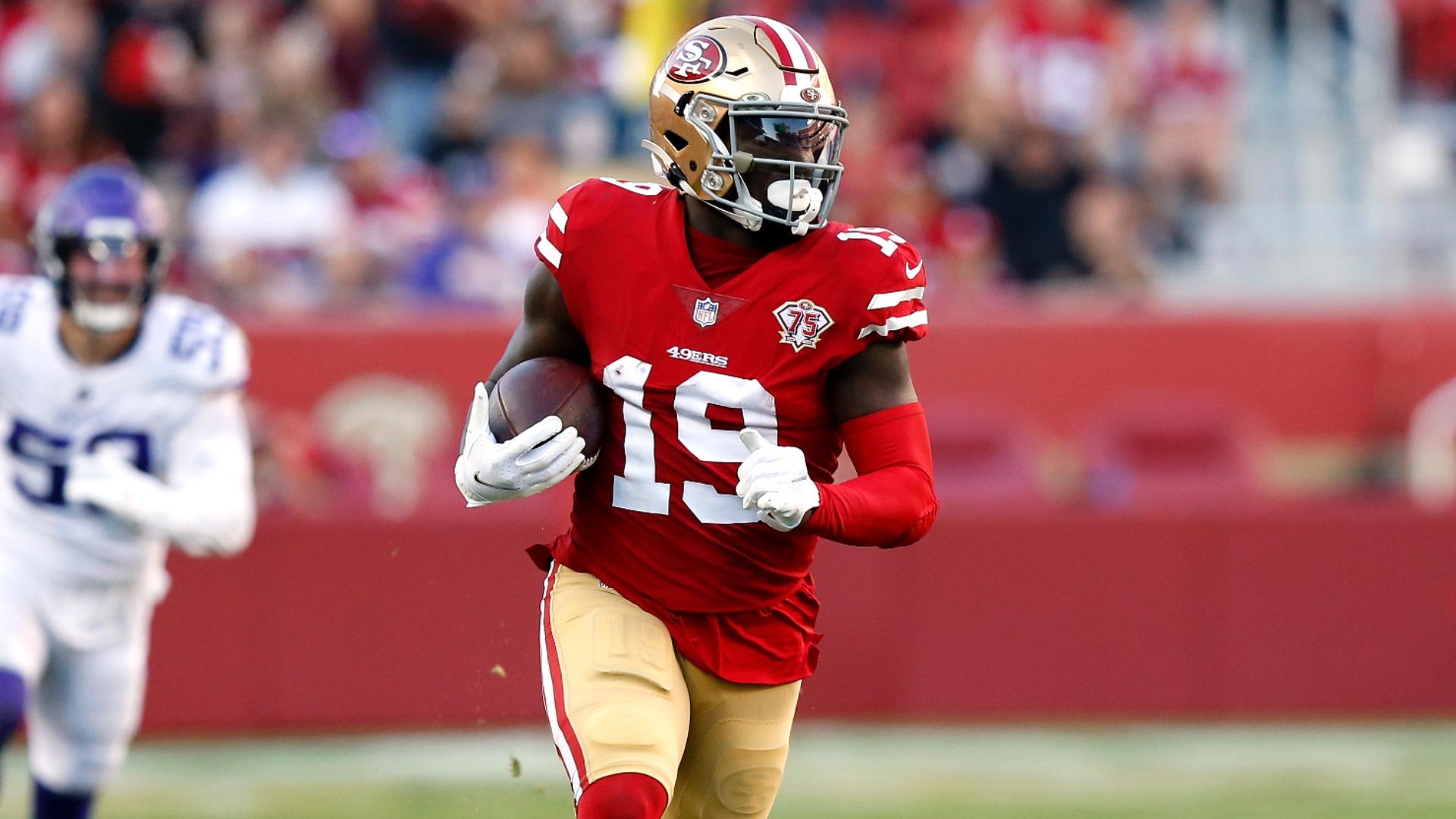 Deebo Samuel’s contract was one of the most viral stories of the NFL offseason. Samuel requested a trade in the offseason for numerous reasons, but it was believed he wasn’t happy with his dual-threat role.

The 26-year-old became the 49ers’ primary rusher throughout the playoffs last season, and he wasn’t enjoying the extra damage he was taking between the tackles. Samuel is a top ten receiver in nearly every fantasy football ranking on the internet, but his legs take him to a different level.

There are no receivers in the NFL being used like Samuel. Kyle Shanahan wants Samuel to run the ball, which was evident as the 2021 season developed.

Samuel wasn’t happy with his role last season, so it was believed San Francisco would limit his carries in 2022. However, Samuel may line up next to Trey Lance more than expected based on the details in his new contract.

The #49ers want @19problemz to run the football this season.

Samuel will earn an additional $650,000 if he gains 380 yards and three rushing touchdowns next season. If he doesn’t hit the yardage, but scores three times, he will receive $150,000 in bonuses. #NFL #Football pic.twitter.com/pdJM8qRqCe

The 49ers inked Samuel to a three-year extension worth $71.55 million, with $58.1 million in guaranteed money. This is the most cash ever dealt to a receiver in NFL history, so I’m sure the tension between the two parties has lessened.

The most significant part of the contract comes from the incentives San Francisco’s front office built into the deal. Samuel has $650,000 in incentives for his statistics as a running back, which should make him want to be positioned in the backfield this season.

The incentives are mixed between his rushing yardage and touchdowns. If Samuel runs for 380 or more yards this season, he will earn $650,000 in bonuses. If he fails to reach this total but scores three rushing touchdowns, San Francisco will give him $150,000 in bonuses.

If he hits these incentives over the next three seasons, he will earn an additional $1.95 million. Samuel rushed for 365 yards on 59 carries last season with eight touchdowns. Although, most of this production was in the second half of the year.

In the first eight games of 2021, he only rushed for 22 yards on six carries. Therefore, the 380 yards and three touchdowns are highly doable to the hybrid skill. The incentive shows that Samuel will be given carries this season and touches near the end zone.

Trey Lance is a question mark at quarterback, but Samuel still caught 77 passes for 1,405 yards last season from Jimmy Garoppolo, who is viewed as a game manager. Look for Samuel to have a massive campaign pending his ability to stay healthy.