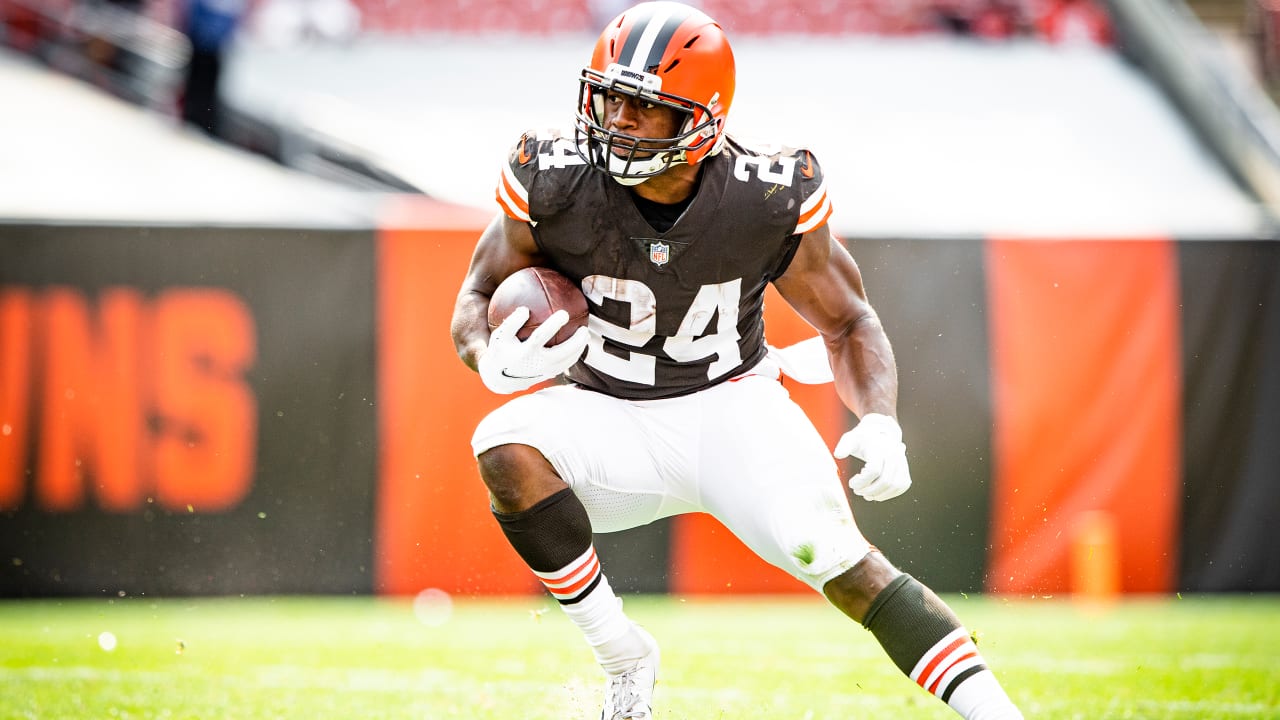 The NFL has two days remaining to appeal the decision made by Judge Sue L. Robinson in the case of Deshaun Watson. Watson was suspended six games for violating the NFL’s personal conduct policy, which revolved around 24 civil lawsuits for sexual misconduct.

If Watson only misses six games, the Browns were winners regarding their starting quarterback. The NFL was pushing for a long-term suspension spanning a minimum of 12 games and an $8 million fine. However, Robinson made her decision based on precedent, which yielded six games on the sidelines for the quarterback.

Jacoby Brissett is projected to be under center for the season's first six games. Brissett has starting experience in the NFL but falls under the “career backup” category. Even with Brissett, the Browns have an excellent opportunity to go 4-2 without their franchise quarterback based on the Cold, Hard Football Facts.

The #Browns ranked seventh in Offensive Hog Index. Behind Nick Chubb and an improved offensive line, can Cleveland go 4-2 without #DeshaunWatson?#NFL #Football #BettingTwitter

Baker Mayfield is in a position battle with Sam Darnold for the starting quarterback job in Carolina. The Panthers were atrocious last season, but they were without Christian McCaffrey, who is an absolute game changer.

I think there will be moments in this game where the Browns need to throw the football, and they will struggle. Carolina had an average defensive front last season, ranking ninth in Defensive Rusher Rating heading into Week 17.

If they limit Nick Chubb’s ability to find space between the tackles, I think the Panthers will win a close game to open the season.

The Browns will earn their first win of the season against the Jets at home in Week 2. Zach Wilson will take steps forward this season, but Cleveland’s defense will give him trouble. The Jets also finished the 2021 season ranking last in Defensive Rusher Rating, so go over on Nick Chubb’s rushing prop in the home opener.

Pittsburgh’s defense will allow them to hover around .500 this season, but the offense will be a liability. The Pittsburgh Steelers ranked 28th in Offensive Rusher Rating last season, but they must lean towards the ground game more with Mason Rudolph and Mitch Trubisky competing for snaps.

Kenny Pickett is the quarterback of the future, but he will still be sidelined in Week 3. Cleveland’s offense should find its groove, working in the play-action game to wear down the Steelers defense.

The Atlanta Falcons will be worse than the New York Jets this season. They’re competing for the #1 pick in the NFL Draft with a projected four wins in 2022. Marcus Mariota doesn’t work as a starting quarterback, and they have limited offensive weapons.

The Cleveland Browns ranked seventh in Offensive Hog Index last year, and they made improvements on the line of scrimmage. We will see the whole package in Week 4, and I think Brissett will have a massive game on the road.

The Chargers are going to have trouble against the Browns in Week 5. Cleveland should be rocking with Watson’s suspension nearly finished and the team should be 3-1 at this point. I think Cleveland will be a home underdog in this game but manage to find a way to win.

The Chargers have the Jaguars and Texans coming into the Cleveland game, so they could be coasting. The Browns’ defense will keep them alive until the fourth quarter, and Chubb will close the door.

The one area where the Chargers showed vulnerability at times last season was protection. The duo of Myles Garrett and Jadeveon Clowney will need to wreak havoc in this contest. Cleveland ranked eighth in the Defensive Hog Index in 2021, and they will be even better this year.

The Browns have more weapons than the Patriots, but I see New England taking this game. Cleveland should be high off the win in Week 5 and will make mistakes. The one thing New England does is limit its errors.

I think Bill Belichick will have a game plan to shut down the Browns’ run game and score enough points to win.